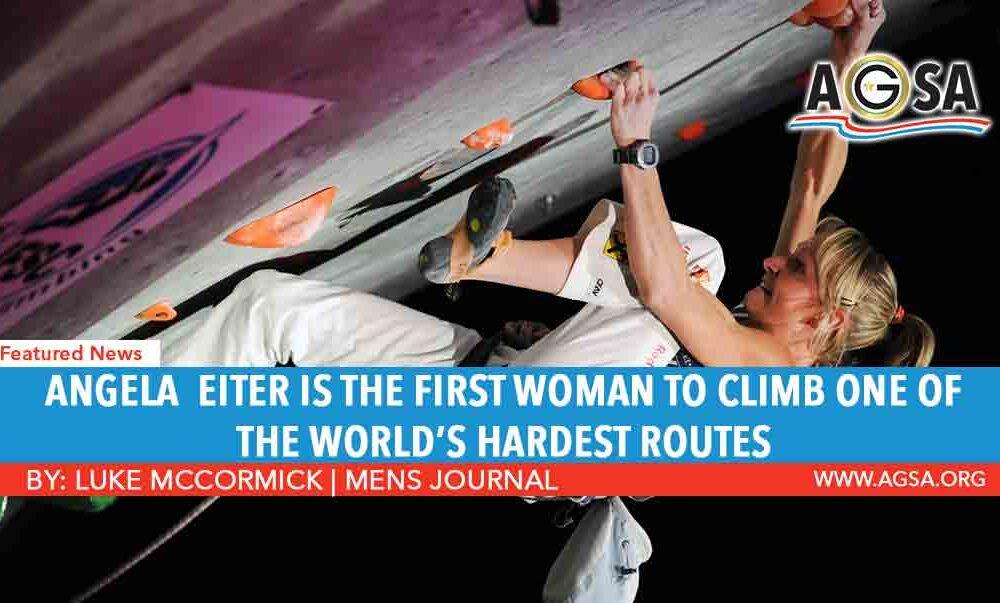 On Sunday, the 31-year-old became the first woman to send a 5.15b grade. She bested the La Planta de Shiva climb, which is located in Villanueva Del Rosario, Andalucia, Spain. Before her historic climb, the route had only been finished by men — and only a handful of them at that.

Eiten was obviously stoked and took to her Instagram, saying it was “One of the most memorable days of my life.”

“One of the most memorable days of my life. Planta de Shiva 9b ✅ … I still can’t believe it. A dream came true! 😆😛😃👻🙈 #verleihtflügel #jedentagtirol @team_edelrid @lasportivagram #9b 📸 Redbull Contentpool/ E.Holzknecht”

The site 8a.nu notes that Eiten had been training for this specific route. She had been sending similar climbs, including a 5.14b at La Planta de Shiva just two years ago, all leading up to Sunday’s historic moment.

“One of my hardest so far, pure endurance climbing with few rests, continuously hard with minimum of rests,” she told the site.