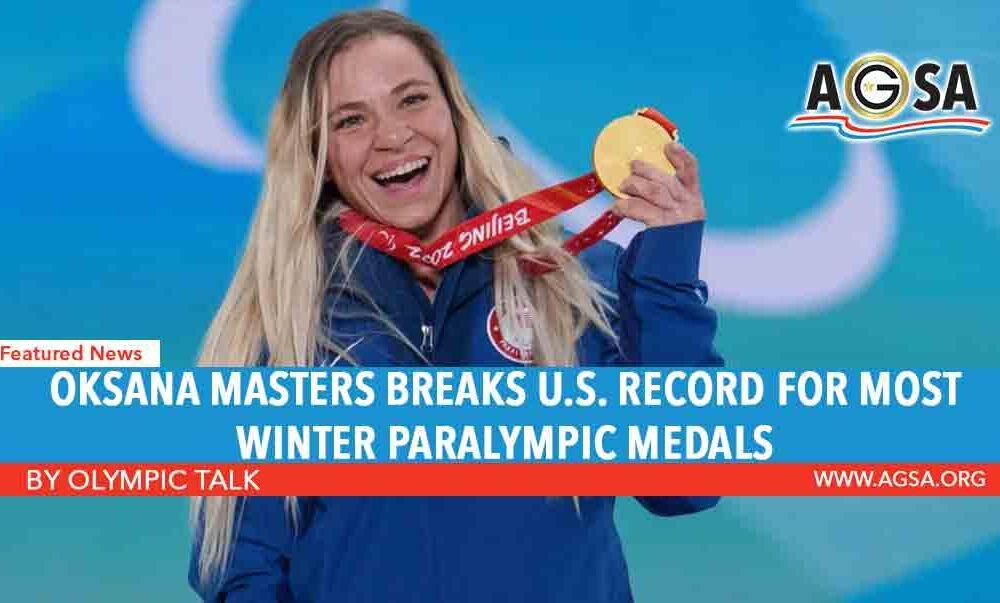 Oksana Masters broke the U.S. records for career Winter Paralympic medals and for most medals at a single Winter Games by making the podium in all seven of her events in China.

Masters, 32, finished her slate with gold in the mixed-gender cross-country skiing relay on Sunday, the ninth and final day of competition. Masters led off the U.S. quartet and was followed by Sydney Peterson, Dan Cnossen and Jake Adicoff.

She finished with one gold and three silvers in cross-country skiing and two golds and one silver in biathlon. That upped her career Winter Paralympic medal tally to 14, one more than Alpine skiers Sarah Billmeier and Sarah Will, who competed from 1992-2002.

Masters owns 17 medals among four sports between the Summer and Winter Games when including her rowing bronze from 2012 and two cycling golds last summer.

The U.S. Paralympians with the most medals come from the Summer Games, led by swimmers Trischa Zorn (46 medals) and Jessica Long (29).

The overall Winter Games medal record is held by Norwegian Ragnhild Myklebust, who won 27 medals, including 22 golds, in biathlon, cross-country skiing and ice sledge speed racing, which is no longer on the Paralympic program.