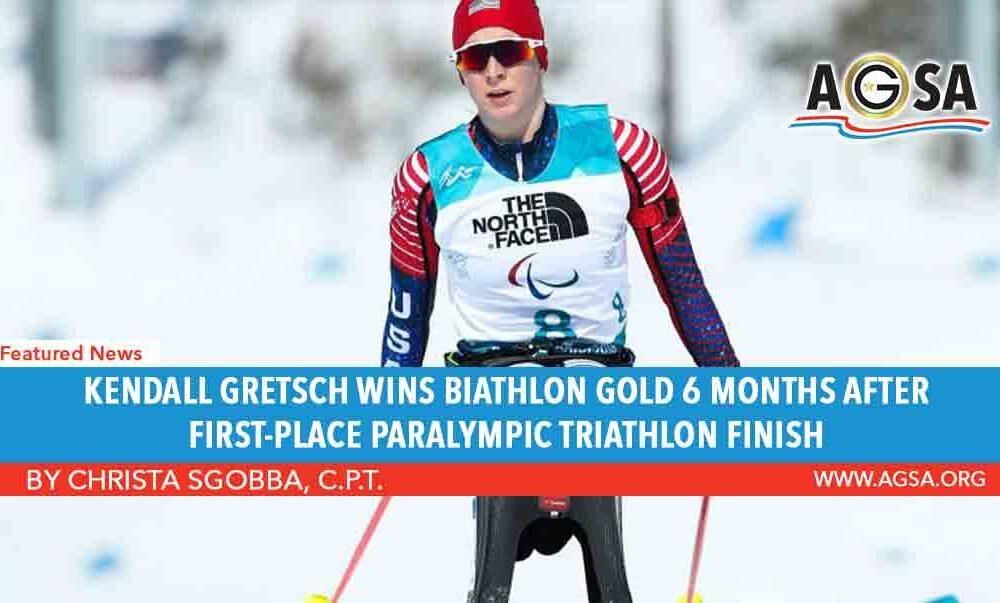 Team USA finished strong on the podium for the women’s 10K sitting biathlon event on March 8, sending two athletes to the top positions. Kendall Gretsch and Oksana Masters took gold and silver, respectively, in the event, just over six months after they both earned gold medals at the Summer Games in Tokyo.

Gretsch—who earned triathlon gold in Tokyo—finished first with a time of 33:12.3, just ahead of Masters, who clinched her first Summer Games golds in cycling in Tokyo. Germany’s Anja Wicker took home the bronze.

“I haven’t really been feeling that confident skiing the past couple of races, so I didn’t really know what to expect today, but I felt really good all the way through,” Gretsch told NBC after the race. “I’ve skied so many times with Oksana and I know she can really turn it on in the last lap, so you just have to push every second.”

For Masters, her second-place finish was a redemption of sorts, since she had to drop out of the same race in Pyeongchang after she fell and reinjured her elbow.ADVERTISEMENT

“It’s actually incredible to be able to line up in this race again with clean shooting, and be on the podium with my teammate,” Masters told the International Olympic Committee (IOC).

Gretsch made her Paralympic debut as a Winter Games athlete in 2018 in Pyeongchang, where she won golds in the 6K biathlon and cross-country skiing. The biathlon gold was the first time any female athlete from Team USA won any medal in biathlon in either the Paralympics or the Olympics, according to NBC.

A triathlete since college, Gretsch was named USA Triathlon Female Paratriathlete of the Year in 2014, but was only able to compete in the sport at the Paralympics once her classification was added to the program for Tokyo, according to NBC. She earned gold in a thrilling finish, in which she took over first place just seconds out from the finish line.

The 2022 Games in Beijing have already been successful for the duo. On the first day of the Paralympic competition, Gretsch and Masters shared a podium in the women’s sitting 6K sprint biathlon—in that event, Masters finished first while Gretsch took home bronze. They nearly did it once again in the 15K cross-country event, in which Masters earned silver and Gretsch narrowly missed the podium with her fourth-place finish. For Masters, the 2022 Winter Games have brought her three medals in three events so far.

Gretsch and Masters aren’t done yet, either. According to the IOC, both have three more individual events plus a relay left in Beijing—and history is on the line there. The current record for the most medals ever won at a single Winter Paralympic Games is six, the IOC says. Gretsch has a chance to tie that, and Masters to beat it, before Beijing is in the books.