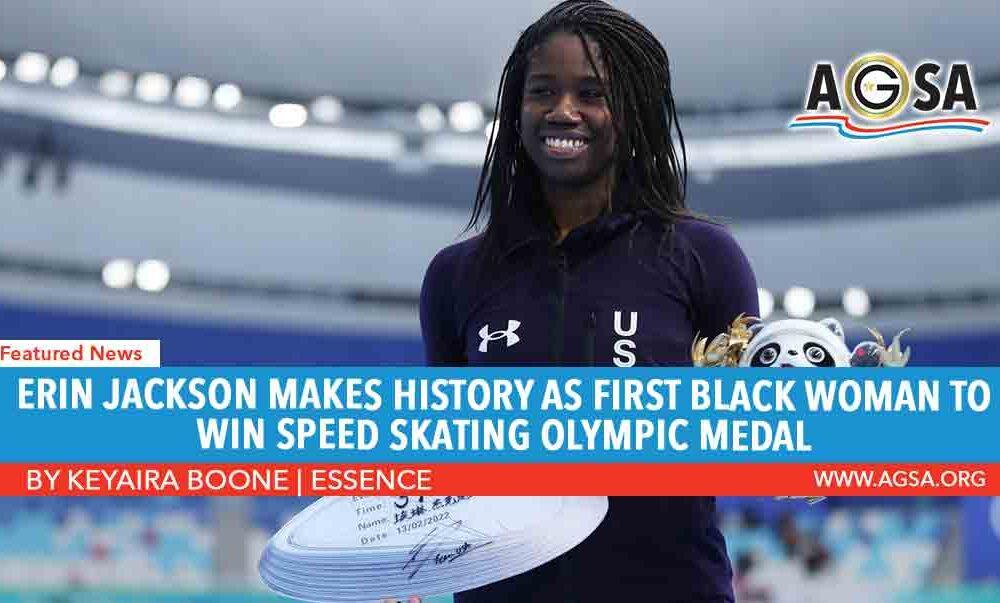 BLACK GIRLS ON ICE? WE’RE INTO IT.

Erin Jackson, 29, became the first Black woman to earn a gold medal in speed skating for the United States on Sunday.

Jackson claims the prestigious honor for her performance in the women’s 500-meter speed skating race in Beijing.

According to NBC News, she slickly sprinted through the ice to complete the event in 37.04 seconds. She is the first person to win that event on behalf of Team USA since 1994. (PHOTO BY CATHERINE IVILL/GETTY IMAGES)

The Ocala, Florida native’s success as a long track speed skater and inline speed skater is even more remarkable as she has only spent a few years as an ice bound athlete. Jackson previously skated on rollerblades and participated in roller derbies. When she made her first appearance in the 2018 Pyeongchang Olympics, she reportedly had only pivoted towards the ice one year prior. This year Jackson experienced unexpected difficulties during the official qualifying period for the Beijing games.

She arrived in this year’s winner’s circle thanks to her friend and colleague Brittany Bowe opting to give up her qualifying spot to make sure Jackson was afforded the opportunity to compete.

The skating star proved worthy of the sacrifice by making history. She expressed her awe at her accomplishments in a tweet. “Olympic Champion,” she wrote before an emoji of a gold medal. “It’s going to take me a while to process those words.”