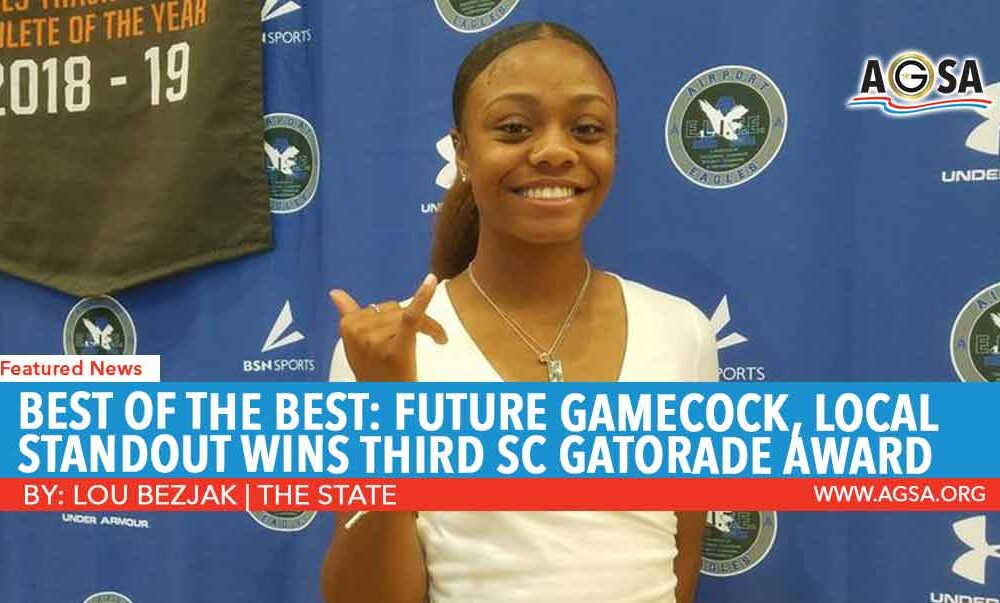 “I have watched this young lady dominate 4A track and field for four years,” A.C. Flora coach Coral Johnson said. “She is a special athlete that comes around every 20-plus years. What makes her so special is she works so hard at being the best.”

Jamison has also maintained a weighted 3.34 GPA and has volunteered on behalf of Special Olympics.

She is passing up her senior year in high school to enroll at the University of South Carolina and run for the Gamecocks’ track and field program.

“I wanted to get a head start and start my journey earlier,” Jamison said in April. “It means a lot to me to have the opportunity to go there and do big things and get coached by one of the best coaches in the country. That is where I wanted to go since I was a kid. That is somewhere I always wanted to go. That never changed my mind.”

A list of Midlands girls track and field athletes who have won S.C. Gatorade Player of the Year since the award has been handed out in 1986