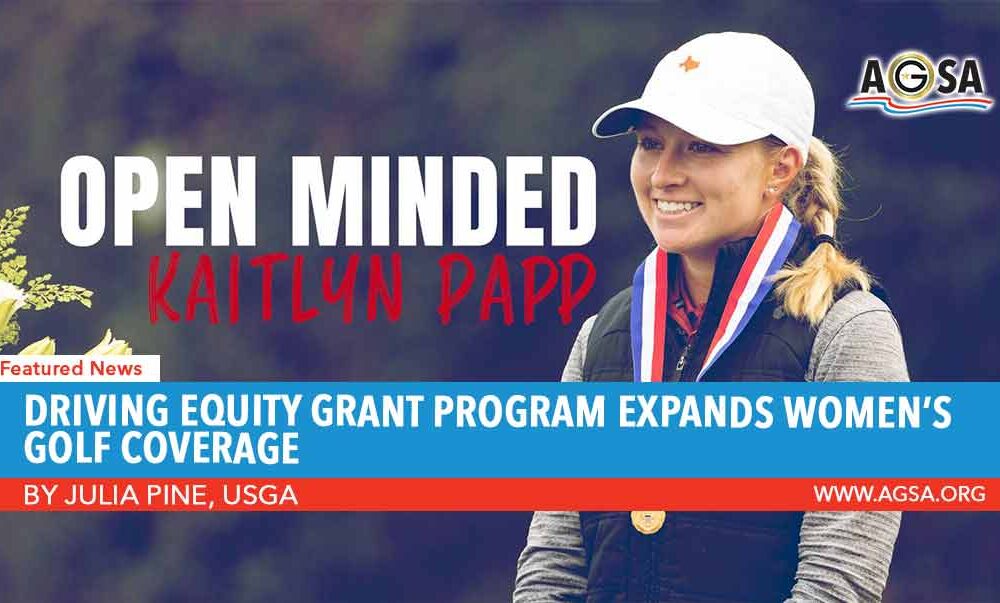 The Driving Equity Grant Program builds off the acknowledgment that the inequalities that exist today require dedicated and increased investments and actions. The latest studies show that only 4 percent of sports media news coverage and storytelling features female athletes. The Program offers financial support in the form of a grant to help media outlets offset the costs affiliated with increased coverage of the women’s game. As part of the grant application, outlets will be required to demonstrate how the monetary support will enhance their coverage and ultimately shine a brighter light on female golfers. The application portal will open today and can be found at usga.org/drivingequity.

To further spotlight the game’s tremendous athletes, the USGA also today unveiled the “Open Minded” content series to create stronger connections between fans and players through long-form video content. The debut episode features Kaitlyn Papp as she prepares to make her professional debut at The Olympic Club on the heels of a top-10 finish as the low amateur in the 2020 U.S. Women’s Open. The episode premiered today across USGA digital channels.

“While media will play a fundamental role in breaking the recurring cycle, we also want to use our own channels to tell the inspiring stories of these athletes,” said Annis. “The ‘Open Minded’ series will showcase both the game’s current and future superstars with an emphasis on bringing fans behind-the-curtain for a more in-depth look that will ultimately grow the fan bases for these players.”

Launched in coordination with SheIS Sport, the USGA’s Women Worth Watching efforts began in 2020 as a renewed commitment to supporting increased coverage and visibility of the women’s game. To further support the efforts, fans and media alike can purchase Women Worth Watching apparel in the USGA shop, with proceeds supporting female golf initiatives, and show support on social media using the hashtag #WomenWorthWatching.

The USGA, through its Members Program and the USGA Foundation, supports and funds the next generation of female golfers through LPGA*USGA Girls Golf. In partnership with the LPGA Foundation, the organization provides girls with quality golf instruction led by LPGA and PGA teaching professionals or certified coaches from The First Tee. 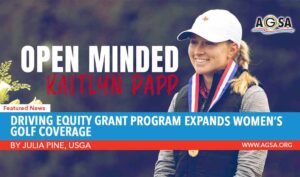 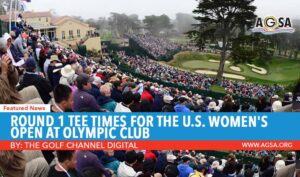