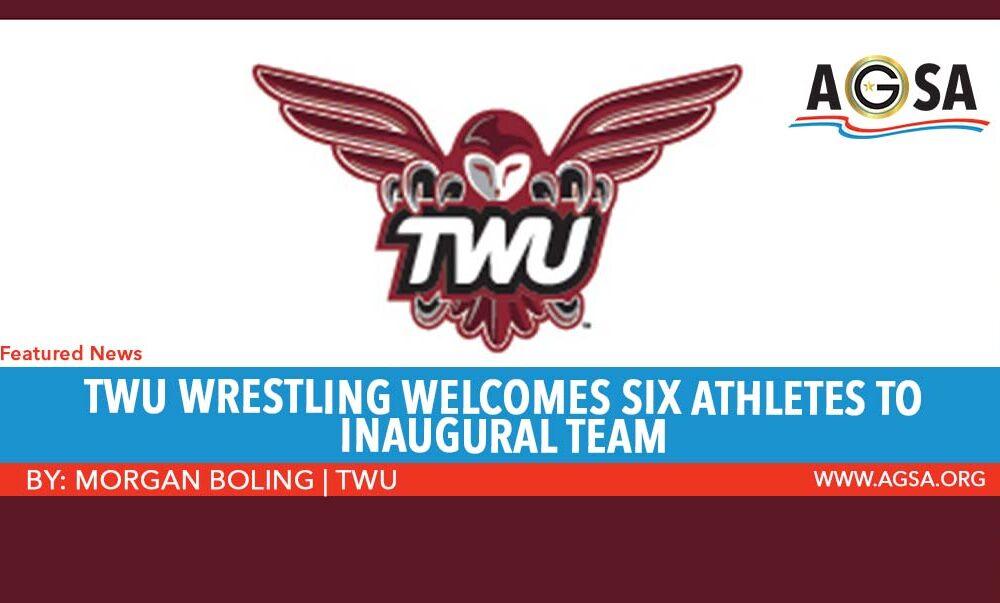 DENTON, Texas (Feb. 7, 2022) – History once again knocks on the doorsteps of Texas Woman’s University. On Feb. 7, 2022, the TWU wrestling team announced the signing of its first recruits in program history.

Ayala, at 30-years-old, said she believes this opportunity will give her one last time to return to the sport she loves.

“I joined this team for the love of the sport, as I wrestled in high school 2005-09,” Ayala said. “When I heard of the wrestling team, I felt it was an opportunity for me to try one last time and challenge myself.”

While in high school at PSJA North High School, Ayala was a two-time wrestling district champion. She also competed in the Semi Pro Women’s Football League for two years (2011-13).

Kailah Key joins the Pioneers as a freshman from Fort Worth, Texas. Key wrestled for Lamar High School for three years and won first place in districts.

In her sophomore year at TWU, China Saturley attended McKinney High School in McKinney, Texas. She wrestled for one year in high school and made it to state in 2019.

Samantha Simonette will be another true freshman on the Pioneers squad in its first year. Originally from Atlanta, Georgia, Simonette wrestled at Decatur High School for three years, before transferring to Wyoming Seminary in Pennsylvania.

In 2021, Simonette won the USA Georgia State Championship at 180 lbs. She also is a three-time All-American. While in high school, she also wrestled with her club team: Charlies Morris Fitness Angels.

From Justin, Texas, Kylee Spearman becomes the third freshman on the Pioneers roster. Spearman wrestled for four years at Northwest High School. During her junior year, she was a District Champion, and a Regional and State Placer. She also won the Most Outstanding Wrestler and Ultimate Teammate Award for Northwest.

Finally, Hannah Vos joins the Pioneer wrestling team as the fourth freshman. Vos, from Roanoke, Texas, wrestled at Byron Nelson High School. While training herself, Vos also helps coach middle school and kids club wrestling in her spare time to “help shape the future generations of wrestling.”
In 2020, Vos was a State Qualifier and, in 2021, a District Champion – both in the 148-lbs division. She was also a three-time Regional Qualifier in high school. Her team at Byron Nelson won the 2019 Team District Championship, and they were the 2021 Team District Runner-Up.

Vos also wrestled with her club team Sisters on the Mat.

The Pioneer Wrestling team will begin their inaugural season in Fall 2022.
-PIONEERS-