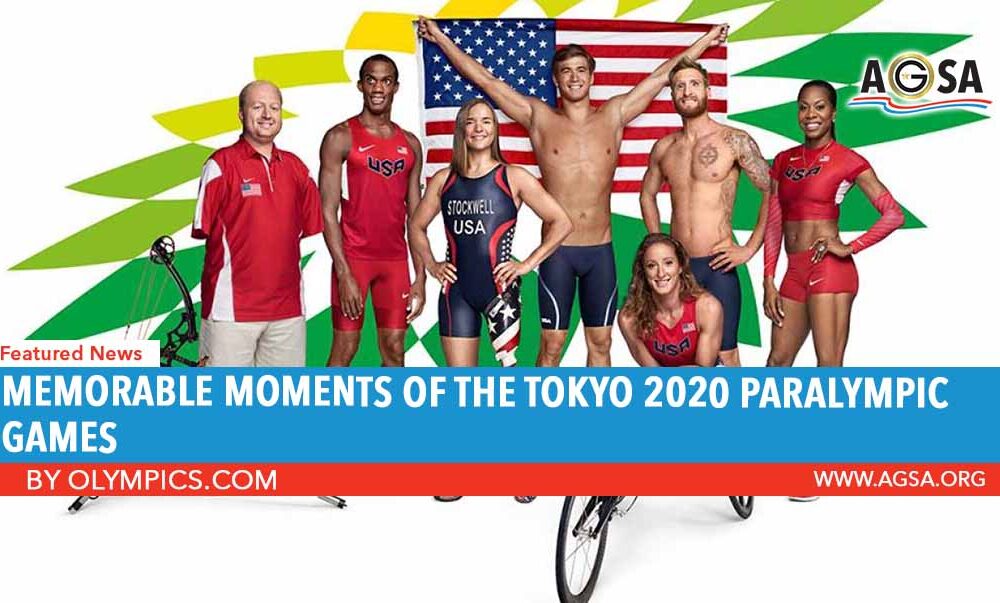 After 12 days of outstanding athleticism, skill and courage, the Tokyo 2020 Paralympic Games is over. The global sporting event was a feast of historic firsts and moments of shared joy and pain. These are just some of the memorable highlights.

After a year’s delay to the start of the Tokyo 2020 Paralympic Games, “moving forward” had been the overwhelming theme of the Opening Ceremony. From that impressive start to the Games, there has been a stream of outstanding performances from more than 4,400 athletes who have travelled from across the globe to take part; from historic firsts to moments of shared joy and pain. We salute everyone who took part.

Here we record just a few of the many special moments.

SUZUKI Takayuki has made history by securing Japan’s first gold medal in home soil after clocking in 1:21:58 in the men’s 100m freestyle – S4. It is the Japanese swimmer’s fifth Paralympic Games but just his second gold medal and it comes 13 years after he won his last Paralympic title at Beijing 2008 in the 50m breaststroke SB3.

Born without arms Abbas Karimi fled his home in Afghanistan for a new future and created history at the 2017 World Para Swimming Championships.

In a rerun of their match back in Rio 2016, Bebe Vio won again against China PR’s ZHOU Jingjing after the Italian fencer scored 15-8 in the gold medal match in individual foil.

Great Britain have become the first European nation to win gold in Wheelchair Rugby at the Paralympic Games with a 54-49 win over the United States at Tokyo 2020.

While Great Britain had reached bronze medal matches at Atlanta 1996, Athens 2004 and Beijing 2008, they had never won a medal, finishing fourth on all four occasions.

“I wanted to win too much, I felt so close to the gold. Job accomplished,” said the champion.TOKYO, JAPAN – AUGUST 30: Shuai Zhao of Team Republic of China celebrates a point against Viktor Didukh of Team Ukraine in the Men’s Single Final C8 category on day 6 of the Tokyo 2020 Paralympic Games at Tokyo Metropolitan Gymnasium on August 30, 2021 in Tokyo, Japan. (Photo by Naomi Baker/Getty Images)2021 Getty Images

Day 7: Double first for Oksana Masters as she becomes a champion in both Summer and Winter Games

Oksana Masters has become a Paralympic champion in both a Summer and Winter Games after winning gold in the women’s cycling H4-5 Time Trial this morning.

Markus Rehm of Germany claimed gold after leaping to 8.18m on his fifth attempt at the Olympic Stadium. This is the third straight Paralympic victory for the athlete, known as the “Blade Jumper”, after claiming the same titles at London 2012 (T42/44) and Rio 2016 (T44). He also has another gold in the 4x100m relay at Rio.

Day 9: History in the making for Sarah Storey as she wins 17th Paralympic gold medal

Sarah Storey is crowned Great Britain’s most successful Paralympic athlete after winning her 17th gold medal after winning the cycling C4-5 road race today in at 2:21:51 to finish ahead of teammate Crystal Lane-Wright.

This is Storey’s eighth Paralympic Games and fourth as a cyclist following a career in swimming.

Four-time world champion and three-time European champion Lisa Gjessing from Denmark became a Paralympic champion in taekwondo, which made its debut at Tokyo 2020, as she claimed gold in the women’s K44-58kg medal match against Great Britain’s Beth Munro.

IR Iran showed that they are the top of the world in men’s sitting basketball by winning their seventh consecutive Paralympic gold medal after defeating the Russian Paralympic Committee in a 3-1 victory.

The USA men’s wheelchair basketball team defended their Rio 2016 title in a nail-biting final against Japan, which they won 64-60, on the final day of competition at the Tokyo 2020 Paralympic Games.