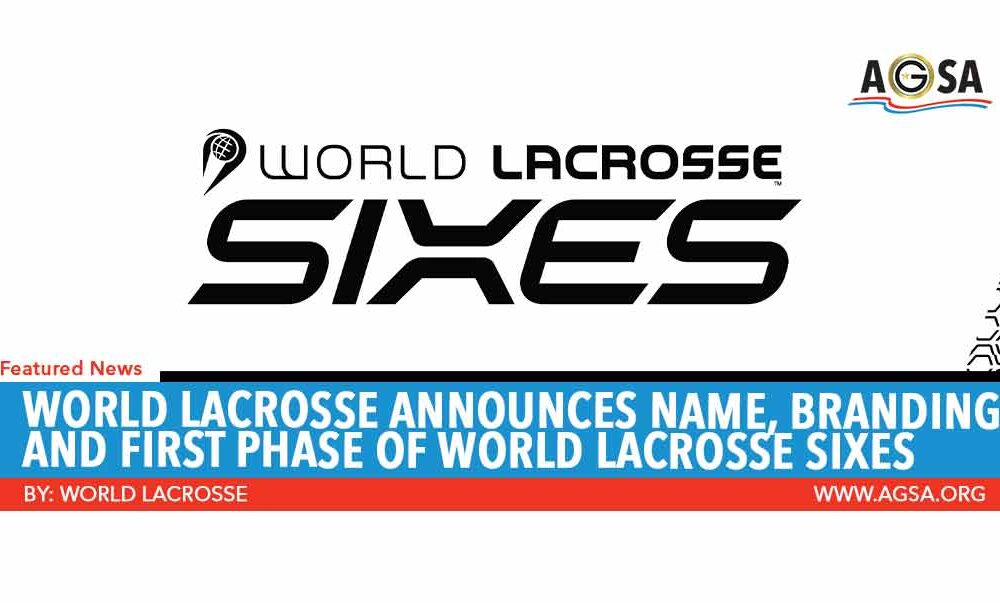 COLORADO SPRINGS, COLORADO, USA – World Lacrosse is today introducing the name, brand identity and first phase of technical resources for the new 6 v 6 discipline that has been developed through a comprehensive consultation, trial and refinement process involving players, coaches, officials and leaders of lacrosse around the world.

“This is the beginning of an exciting, new era for World Lacrosse and lacrosse players around the globe,” said World Lacrosse President Sue Redfern. “As the newest offering from our international federation, World Lacrosse Sixes is an ideal complement to our existing field and box disciplines. Sixes blends many of the most popular aspects of the field and box games, and introduces new elements that appeal to the next generation of sport participants and fans.

“Many of the most successful international federations in sport are introducing smaller-sided variations of their traditional offerings in order to meet the interest and demand of today’s athletes, and that’s what Sixes helps us achieve,” added Redfern.

“Throughout the development of this new discipline, the voice and perspective of athletes has helped shape every major decision that was made” added World Lacrosse Chief Executive Officer Jim Scherr. “Today’s introduction is just the beginning. We will continue to modify and refine this discipline, leaning heavily on input from those for whom it was designed while expanding the technical resources available to players, coaches, officials and league administrators. We will also introduce an international calendar of events, culminating with a World Championship, through which players from around the world will be able to showcase their skills in Sixes.”

Development of World Lacrosse Sixes
As part of the Strategic Plan approved by the World Lacrosse General Assembly in 2018, a Working Group was appointed to explore the development of a new discipline that would be complementary to the existing field and box disciplines while positioning World Lacrosse and its member-National Governing Bodies and Continental Federations to achieve the following objectives:

• Support and encourage the continued growth of lacrosse worldwide
• Provide greater access to lacrosse by eliminating barriers to entry (eg: cost, team size, field size)
• Appeal to the next generation of sport participants and fans with a discipline that features tempo, speed, scoring and less specialization
• Over time, create greater competitive balance internationally by bringing more nations within reach of the podium at major international events
• And, fit within the 21st Century Olympic framework, where the International Olympic Committee and Host Cities are working to reduce the cost and complexity of staging the Olympic Games

Under the leadership of World Lacrosse Vice President Steve Stenersen, the Blue Skies Working Group began Phase One of its work in July 2018, seeking input and direction from stakeholders around the world. Throughout a two-year consultation and development process, trials of the new discipline were conducted, with feedback provided by players, coaches and officials. On November 15, 2020, the World Lacrosse General Assembly approved the initial set of Official Playing Rules for the new discipline, which were developed by the WL Technical Committee under the direction of Don Blacklock.

“Our goal was to create an innovative new discipline that helps to scale international participation growth and position lacrosse for inclusion at the highest levels of international sport competition,” said Stenersen, who chairs the Blue Skies Working Group. “Creating a hybrid version of our existing field and box disciplines with smaller squad sizes was quickly embraced as a common solution to achieve both objectives. Through an exhaustive and inclusive two-year process that benefitted from the input of hundreds of athletes, coaches and officials across our membership, World Lacrosse Sixes was born.”

“Just like those of our current field and box disciplines, which will remain essential components of our international competition platform, the rules of World Lacrosse Sixes will continue to evolve and refine over time based on the input of stakeholders throughout the world,” added Stenersen.

World Lacrosse Sixes Brand Identity
The World Lacrosse Sixes brand identity was developed by Zag, an internationally-respected brand development agency based in London that works with some of the most recognized brands in sport and entertainment, including FIFA, Under Armour, Tottenham Hotspur, the Royal and Ancient Golf Club of St. Andrews, the New York Yankees, Disney, Yamaha and Kellogg’s. Overseeing the brand development work on behalf of Zag was Fred Popp, who brought more than 20 years of experience and success working with brands in international, Olympic and professional sport to the assignment, and on behalf of World Lacrosse, Chief Brand and Communications Officer Darryl Seibel.

The World Lacrosse Sixes brand identity has been developed to capture and convey the essence of the new discipline:

• A modern interpretation of a game built upon time-honored traditions and values
• A universally accessible discipline of the game that is unbound by borders
• An exhilarating, action-packed offering designed to appeal to 21st Century sport participants and fans with tempo, speed, scoring and less specialization

The brand identity is built upon a hexagon motif applied at the speed of Sixes, and features bold colors and innovative design elements.

“World Lacrosse set out on a mission: It wanted to expand the way lacrosse was adopted, played and lived,” said Popp. “In a way, this ambition reflects the change sport is undergoing with the need for democratic, accessible, media-friendly disciplines. When it crafted World Lacrosse Sixes — a new code of the traditional game — World Lacrosse adopted the zeitgeist of sport for all.”

As part of the brand development process, Zag conducted research with National Team players, recreational players and fans of lacrosse around the globe. Among the key research findings:

• :30 second shot clock
• Games are played in 4, 8-minute quarters
• Goalies initiate play after goals are scored; draws / faceoffs occur only at the start of each quarter
• Field size is 70×36 meters
• Flow of the game emphasizes tempo, with fewer stoppages in play
• Everyone plays both sides of the field (defense/offensive); substitutions are made on the fly
• Rosters are comprised of 12 players, which leads to more playing time and more touches on the ball
• In the women’s game, defensive players cannot be penalized for entering the shooting lane of an offensive player; offensive players will be penalized for taking a shot without regard for other players.

In addition, World Lacrosse is now working with its member-National Governing Bodies and Continental Federations to introduce a series of international events featuring the Sixes discipline, culminating with a World Championship several years from now. An announcement of the 2021 and 2022 series of events is expected in the next 90 days.

World Lacrosse Sixes will be the discipline featured during The World Games 2022 in Birmingham, Alabama, USA, July 7-17, 2022.

World Lacrosse Offers Technical Resources
Among the technical resources being introduced today by World Lacrosse for players, coaches, officials and administrators are:

These resources have been designed to ensure participants feel confident taking the field. The World Lacrosse Sixes webpage (www.worldlacrosse.sport/sixes) features materials designed for players who are new to the game of lacrosse, as well as for participants who have experience playing the field or box versions of the game. World Lacrosse will continue to update the Virtual Training Center and NGB Toolkit on its website to best support the continued growth of the World Lacrosse Sixes discipline. 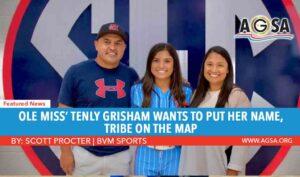